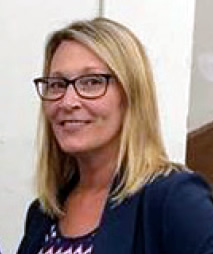 I went to pick up take-out at a local Chinese restaurant one evening after work. The hostess and I began talking about COVID-19 and how it impacted the policies of their establishment and she asked me about the impact COVID-19 has had on my work. While telling her about my role as a peer support specialist at an opioid treatment program, she opened up to me about her friend’s daughter that was in need of help. At one point she said, “I think she takes her to one of those places at 5 in the morning.” The tone, coupled with the expression on her face, told me that she didn’t approve of medication-assisted treatment.

I don’t want to push what I do on people and I know not everyone understands – I’m becoming okay with that. But I cannot let an opportunity pass to offer education about MAT and my passion for it.

I told her that my company is one of those “5 in the morning places” that provides MAT. We talked about stigma, how the bad news stories are the only ones that seem to be talked about, and I threw out some numbers and statistics to illustrate my point. She then shared that her daughter has been in recovery from opiates for six months and she began asking questions, slowly softening to the idea of MAT.

After talking for quite some time, she asked if I had a business card because she thought that a friend of hers may be interested in services for her daughter. I encouraged her to share my contact information and suggest her to reach out. All of this occurred on a Friday evening; on Monday morning when I turn on my CMS peer phone, I had a voicemail from a man who identified himself as a cook at the Chinese restaurant I visited that Friday.

He said he overheard two of his coworkers talking about the conversation I had with the hostess. He said that he has a brother who is addicted to heroin and they are looking to help him and was hoping for me to call him back.

I ended up speaking with his mother, who shared her frustrations, asked questions about our program, and then asked if I would speak to her son. While speaking to her son he said, “I have been needing help. I don’t know what to do or where to go anymore. I don’t want to live like this.” He asked what he would need to do to start treatment and he wanted to go right then. Due to transportation concerns, he could not arrive that evening, but we remained in contact and coordinated medical transportation the next morning.